Through one of the hottest environments on the planet, the Queen of Sheba completed the final leg of a long expedition by slowly crawling up Mt. Zion. She had heard of the wisdom of Solomon and the fame of his country, but she was soon to discover she hadn’t heard the half of it (1 Kings 10:7).

Foreign dignitaries in the ancient world came from far and wide to pick the brain of the wisest man on earth. The kingdom Solomon built, the culture he created: that doesn’t just happen! God fulfilled Solomon’s request for wisdom (1 Kings 3) and afterward, Solmon actively pursued excellence. Later, Paul would write in Colossians 3:23 that, “Whatever you do, work at it with all your heart, as working for the Lord, not for human masters” (NIV).

My personal journey from childhood to young adulthood was a mixed bag. I didn’t come to understand the concept of pursuing every matter with excellence as if it were for God until much later.

I grew up in a middle-class family living in a small Hawaiian town and went to even smaller schools. Life in Hawai’i is awesome, but it doesn’t come without its own complexities. I left my tiny town of Honoka’a, on the island of Hawai’i and ventured off to the island of O’ahu to go to the University of Hawai’i.

Fast forward to age 21. I was a single father with custody of my two-year-old daughter. I was brokenhearted and lonely, and I contemplated things I’m so thankful I did not follow up on. Because I had a friend who wouldn’t give up on me.

“Come to my church,” he’d say to me day after day. I never did. After a while, he could see I wasn’t in a good place and resorted to bribing.

“If you come to church, I’ll take you and your daughter to breakfast.”

I thought about it and reluctantly said yes. Never underestimate the power of bacon.

That Sunday, overdressed in my Sunday best, and I surrendered my life to Jesus. He turned my life around. He changed my heart, saved me, and healed me.  After a four-year wait of being single, I met Lisa, my soon-to-be wife, at church. Twenty seven years later, two more daughters, a son-in-law, and two grandchildren, I am indeed a blessed man. But along the way, from working in the airline industry to customer service, from making cold calls selling purified water to working in restaurants, I picked up some valuable, life-changing lessons along the way. And one of the biggest is that pursuing excelling jumpstarts your life in every way.

After twenty years of pastoring Inspire Church, launching businesses, and The Inspire Collective, I’ve learned things rarely “just happen.” Too often we look at what someone built and say, “I wish I could do that.” But those accomplishments don’t come from pixie dust. Just like God granted Solomon wisdom and Solomon ran with it, God wants to partner with people who are willing to pay the price and make the sacrifices. When we pursue every aspect of life as if doing our work for God, big things happen. Excellence, in my opinion, is doing the best you can with what you have.

Try to catch yourself whenever you say, “That’s good enough,” and go the extra mile—try for excellence. Daniel was a man of excellence (Daniel 1:20, 6:3). Caleb had a different spirit (Numbers 14:24).

The world is looking for people who exemplify excellence in every aspect of their lives. When Solomon pursued excellence, it prompted the Queen of Sheba to travel through the Saharan Desert to see it.

Think of the impact you could make on those around you by pursuing God’s excellence––not to make things right with God (Jesus handled that), but to further proclaim the goodness of God.

After viewing Solomon’s kingdom and testing his wisdom, the Queen of Sheba exclaimed, “Praise be to the Lord your God, who has delighted in you and placed you on the throne of Israel. Because of the Lord’s eternal love for Israel, he has made you king to maintain justice and righteousness” (1 Kings 10:9).

What a joy it would be for others to look upon our lives and come to praise Jesus because of it. 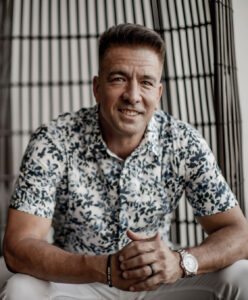 Mike Kai is the author of Plateaus, The Pound for Pound Principle, and his newly-released That Doesn’t Just Happen: How Excellence Accelerates Everything. He is also the co-founder of The Inspire Collective and pastors Inspire Church in Hawai’i with his wife, Lisa. Keep up with Mike at www.mikekai.tv and on Facebook @mikekai23, Instagram @mikekai, LinkedIn Mike-Kai, and Twitter @mike_kai.

The Real Story of the Crucifixion

Restoring Your Soul in Turbulent Times

Thriving in the Empty Nest

In the Midst of Depression and Anxiety, There’s Hope